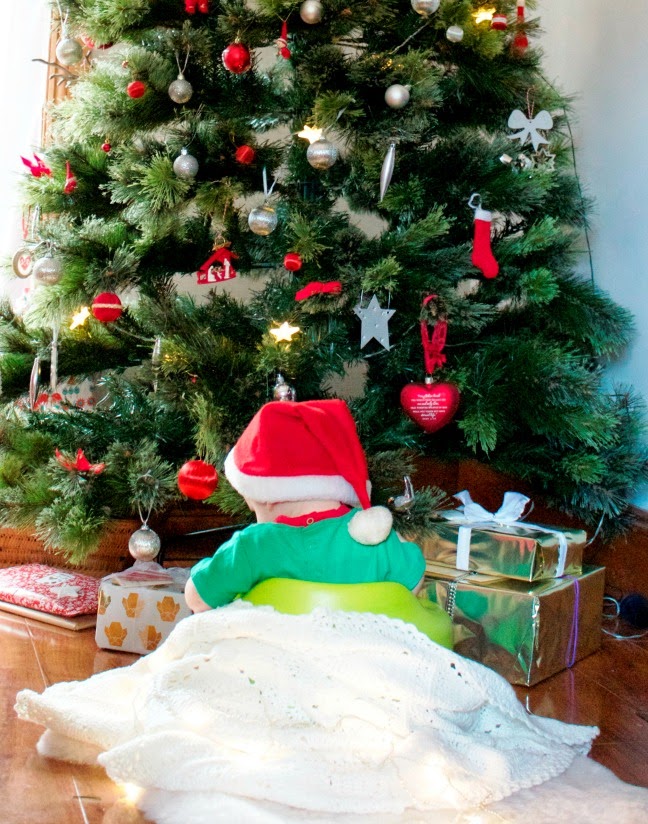 The end of 2014 passed by in a blurr of celebrations, baby cuddles and far too much food. The house, which we'd spent so much time fixing up over the year, became the venue for a large family Christmas and an 80th birthday party for my Grandmother. Cooking for large sit down dinners and making creative decorations took up lots of time (in a fun way though) and I just felt very thankful for have a home to share with family and friends. 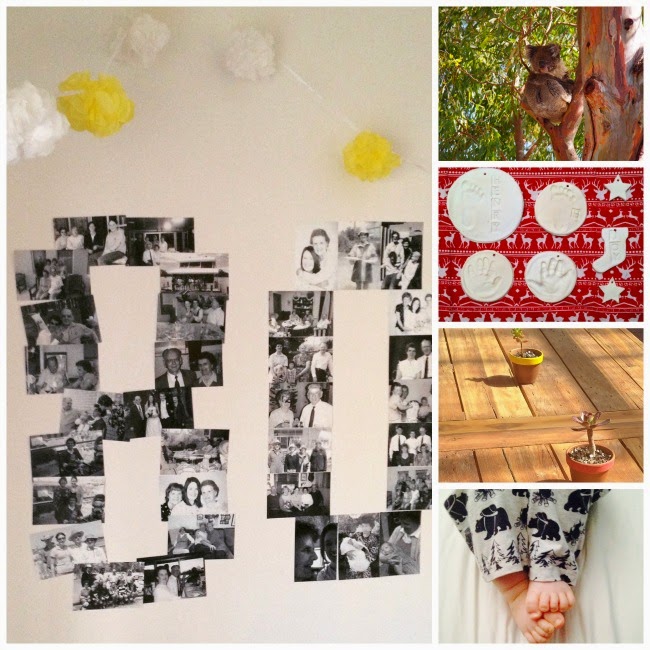 I used pinterest for birthday inspiration making several things for Grandma, including an 80 photo wall.
A koala has made itself home in our side gumtree.
Henry and I made ornaments of his hands and feet at his first Christmas using this recipe (and found it worked much better than the first salt dough ones that we first made).
My little cousin got married and the bombonieres were these lovely succulents.

I hope you are all having a relaxing start to the new year and I'll be posting soon with some new things I've been working on.
Lisa x

Email ThisBlogThis!Share to TwitterShare to FacebookShare to Pinterest
Labels: christmas